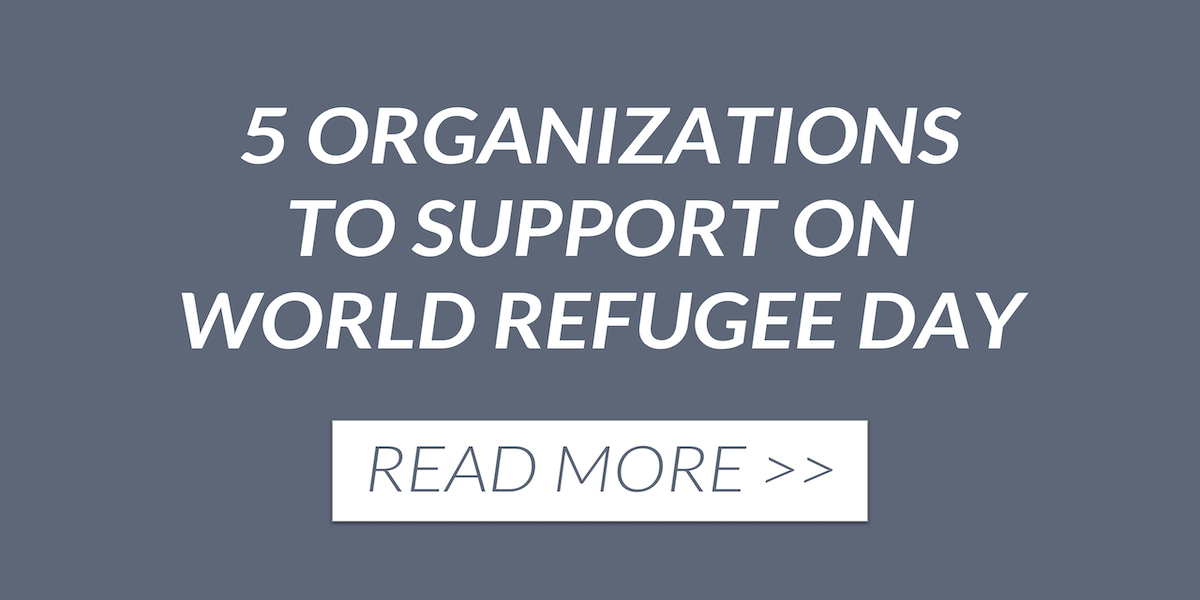 World Refugee Day is held every year on June 20th to honor and commemorate the strength, courage and perseverance of past and current refugees across the globe. In June of 2018, this mandate feels more pressing than ever, as thousands of families seeking asylum are torn apart and children are held in cages at the U.S. border, all during the ongoing Syrian refugee crisis. This World Refugee day, here are 5 organizations you can support to help refugees travel safely and keep families together.

According to Refugees International’s website, there are currently over 65 million people across the world who are displaced by war, conflict and persecution, and tens of millions more who have been displaced by climate events and natural disasters.

Refugees International was founded in 1979 as a citizens’ movement to protect Indochinese refugees. They have since expanded to become a leading advocate for resolution of global refugee crises by world leaders. They offer specialized programs that focus on women and girls, and the increasing number of refugees who are displaced by the effects of climate change.

Asylum Access focuses on refugees from Africa, Asia, and Latin America (the areas with most of the world’s refugees), and works to help refugees assert their rights in the present and transform systems for a safer and more just future. Their model of empowerment amplifies the voices of refugee communities, allowing them to act as their own champions. They challenge themselves and others in the refugee response field to prioritize not only immediate aid to refugees but also to implement sustainable solutions that enable refugees to continue providing for themselves and their families while building vibrant communities.

Pueblo Sin Fronteras is a collective which operates permanently in solidarity with displaced peoples. For more than fifteen years, members of Pueblo Sin Fronteras have been reaching out to the most vulnerable immigrants in the United States and to migrants and refugees on the move, accompanying refugees on their journeys, providing humanitarian aid, and assisting in their advocacy for human rights. They have accompanied the caravan of migrants currently at the U.S. border, providing material and legal support to families applying for asylum.

Catholic Relief Services was founded in 1943 by the Catholic Bishops of the United States to serve World War II survivors in Europe. Today, their services reach more than 130 million people in more than 100 countries on five continents. Their mission is to assist impoverished and disadvantaged people overseas, working in the spirit of Catholic social teaching to promote the sacredness of human life and the dignity of the human person.

In addition to working to protect Syrian refugees, they participate in the Share The Journey Migration Campaign with several other Catholic organizations, encouraging supporters to make a pilgrimage in solidarity with migrants around the world.

World Relief was formed by the National Association of Evangelicals to partner with local churches in order to help protect vulnerable populations by ending cycles of suffering and building sustainable communities. With initiatives that focus on disaster response, health and child development, refugee and immigration services, economic development and peacebuilding, they work to stand with those who have been disenfranchised and displaced. Their U.S. offices help refugees secure housing, employment and education, in addition to providing legal services and counseling to guide them along the path toward U.S. citizenship.