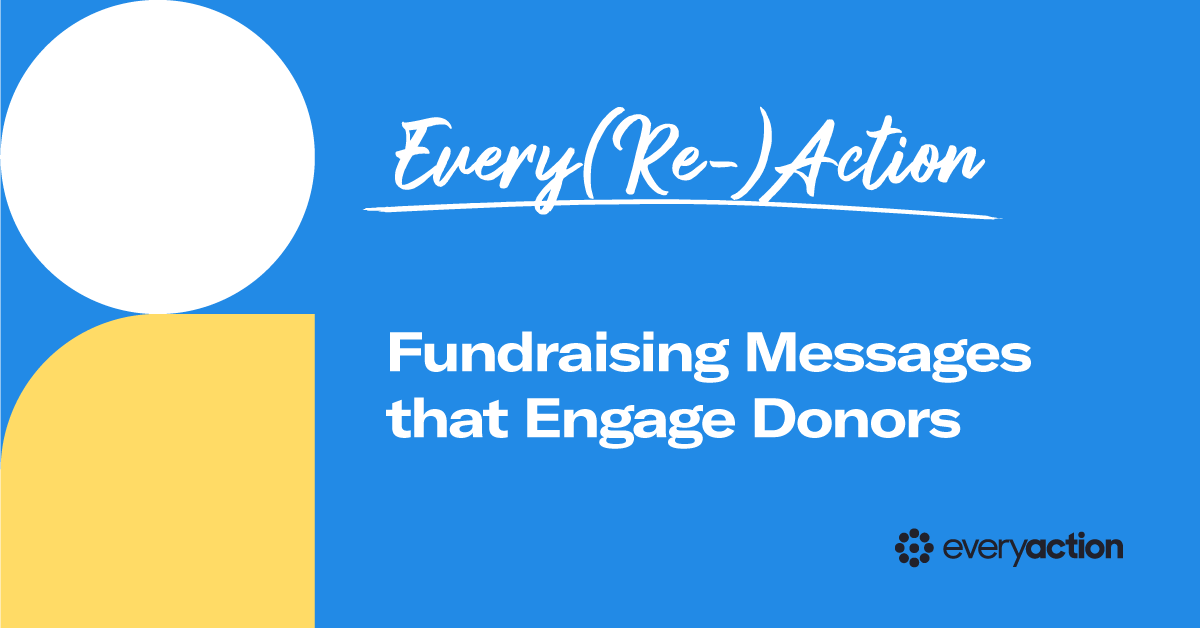 Compelling visuals and messages that inspire a strong (but not overwhelming) moral response—these are two principles that, according to a new report from IUPUI’s Lilly Family School of Philanthropy, can drive donors to take action when presented with nonprofit fundraising asks.

Th report is part of a series that seeks to understand the modern giving environment and helps close “a gap between academic research investigating people’s underlying motivations to donate and the messages fundraisers routinely design to encourage everyday people to voluntarily donate.” Here’s what the report’s background and key findings were, and how fundraisers can respond.

This research takes place in the context of an ongoing trend of fewer and fewer households donating, even though the overall amount of money donated isn’t shrinking in the same way. As fewer households give to nonprofits, the giving that is happening is becoming more and more concentrated into a smaller and smaller number of households.

Some of this is due to structural inequalities that can’t be ignored. A recent report from the Dorothy A. Johnson Center for Philanthropy at Grand Valley State University pointed out that wealth concentration has “exploded,” disposable income is down for middle and working classes, and student debt has “skyrocketed.”

While no nonprofit can single-handedly address these issues, one thing they can do is test their donor messaging to educate, persuade, and convert supporters—or, as the report describes their experiment, “determine the relative effectiveness of fundraising messages in their ability to build a connection to potential everyday donors.”

The report was guided by three research questions:

In order to answer these three questions, research subjects—1,545 American adults equally split between men and women and roughly equally split among different generations—were randomly sorted into three scenarios where they were given information about a local nonprofit in one of three ways:

1. Video is more effective than email for connecting with potential donors.

The report found that video worked best to establish a connection with potential donors. Supporters who watched the video increased their connection rate by 43 percent, and those who received the fundraising email increased their connection rate by 25 percent, compared to the control group who read the text-only narrative. Video was found to be “effective because it induced an empathic and/or a moral principle of care response, without simultaneously inducing strong negative feelings of distress, sadness, and/or guilt.”

However, the medium of the message wasn’t the only important finding—researchers found that the content and tone of the video also matter: “a video that shows the nonprofit in action, doing its work to support of the wellbeing of ill children, causes people to want to connect. An email fundraising message describing the hardship faced by ill children and their families and explaining how the nonprofit helps causes fewer people to want to connect than the video did.”

Next steps: sharing video via email

Nonprofits who want to use video to connect with supporters should know their content doesn’t need to be highly produced—or difficult to share. Tectonic actually found in their report on nonprofits’ use of video during the early days of the COVID-19 pandemic that “the overwhelming majority of the most engaging videos were first person, unscripted, single take videos.” Additionally, email programs like EveryAction’s Targeted Email Drag & Drop email editor make it simple for fundraisers to share video with supporters via email without needing to know how to code or do complicated technical work—meaning your message will reach more supporters, more efficiently.

The report revealed that video was the most effective way to “induce[…] participants to think about the moral principle of care—an internalized moral value that one should help those in need.”

The experiment measured positive feelings in response to the three fundraising messages, but it also measured negative ones. The email “induced participants’ negative feelings (distress, sadness, and guilt) by a large amount. The video did so as well, but much less strongly.”

Next steps: creative across channels

The most effective fundraising messages are the ones that inspire reflection about everyone’s inherent responsibility to help make the world a better place through action. That’s why it’s so important for fundraisers to invest in ethical and effective creative: we talk a lot about the importance of utilizing the right channels, for the right audiences, at the right times, and investing in messaging that gets your point across is equally important.

Women and men exhibited similar empathic and moral responses to the three fundraising message scenarios, and they shared similar positive responses—their differences were in the negative responses.

The email “induced negative feelings in both women and men,” meaning feelings of sadness, guilt, and distress. “The video did not induce negative feelings among women but did among men,” which meant that the increase in connections to the nonprofit due to video was driven by women.

Next steps: testing and targeting

We can’t agree enough with what the study describes as their main takeaway: “it is important for nonprofits to test how their fundraising messages affect donors and potential donors.” Organizations with a robust practice of A/B testing elements like their asks, page designs, and messaging can refine their programs and make them more effective.

Additionally, consider who’s creating your fundraising and engagement program messaging and content: as the report calls out, “take into account the diversity of the team who designs fundraising messages, specifically focusing on the heterogeneity among the people with whom it is trying to connect.” Diversity, equity, inclusion, and belonging are important at every level of every organization—one of our partners with expertise in this area, Minal Bopaiah of Brevity & Wit, has shared her wisdom with us about this before.

Lastly, in order to conduct effective testing and make sure your audiences are actually seeing your messages, nonprofits need to track and act on the data in their CRM. As the report says, “if data are tracked and coded in a database such as a customer relationship management (CRM) system, it is possible to compare the outcomes of fundraising messages by geography, gender, direct communication medium, gift amount, number of contacts, etc.”

You can get more out of the nonprofit fundraising and supporter engagement programs you are already running if your CRM can enable you to capture, analyze, and act on data related to your work. Talk to us to learn more.