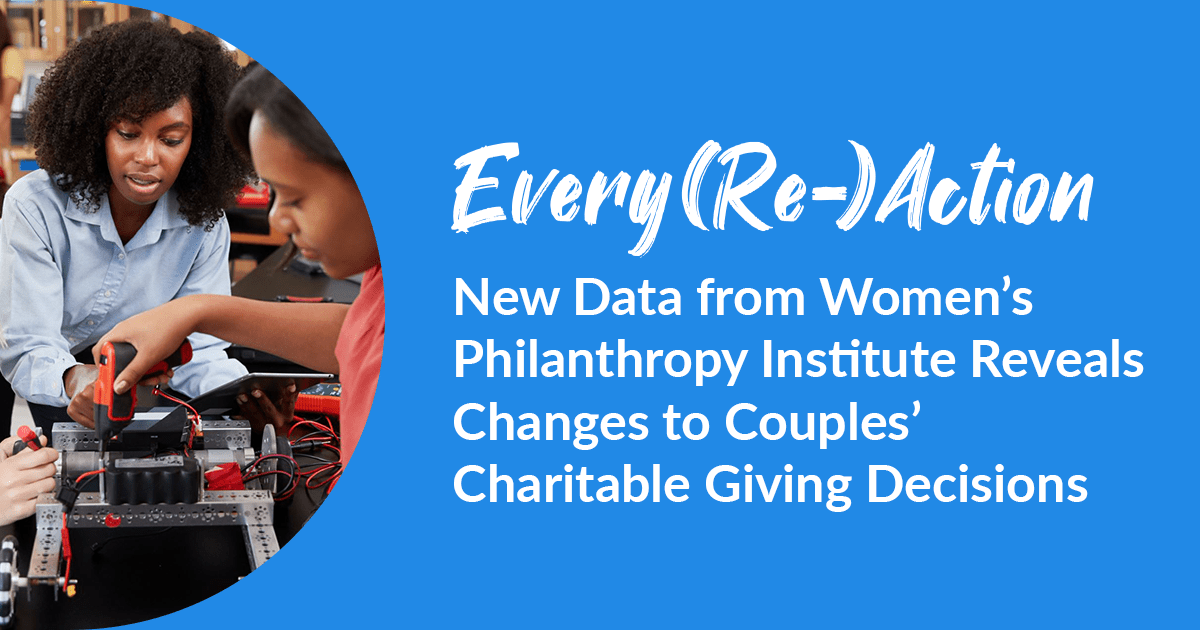 A new report published in March by the Women’s Philanthropy Institute, part of the Lilly Family School of Philanthropy at Indiana University-Purdue University Indianapolis (IUPUI), reveals new data for the first time in 15 years about gender breakdowns in giving decisions among couples.

The primary question posed by the report was, “Who decides about charitable giving in households?” WPI set that question against the backdrop of the COVID-19 pandemic, which drove many women out of the paid workforce and into positions of unpaid care labor after years of increases in paid workforce participation.

1.    Over 60 percent of couples make giving decisions together – and when they don’t decide jointly, women are marginally more likely to act as sole decision-maker.

This is down from 73 percent in 2005. When one partner in the household makes giving decisions, it is slightly more likely to be a woman (15 percent) than a man (12 percent.) In 2005, those figures were 7 percent and 4 percent, respectively.

2.    Charitable giving decisions “appear closest in nature to short-term financial management.” Women are more likely to be the sole decision-maker for both.

Interestingly, WPI’s previous research has shown that “single women give greater amounts than single men, holding other factors constant.” It’s possible that age and other demographics influence coupled households’ decision to give less when women are sole decision-makers.

This is a new addition to the body of research available. The study found that “couples who decide separately, or where men solely decide, have the highest threshold for giving without consulting their partners[… whereas] couples deciding jointly, or where women solely decide, have much lower thresholds for consultation.” To put a number on it, “the average amount an individual would feel comfortable giving without consulting their partner, by charitable decision-making style” was three times higher for man-deciding households than woman-deciding households.

6.    About 75 percent of households “usually agree on which charitable causes/organizations to give to[…] and how much to give.”

Around 5 percent say that they disagree about which causes to support and how much to give. Interestingly, nearly 20 percent of households say they “wish the other adult in [their] household was more interested in charitable giving.”

Given that many households make decisions jointly and separately about giving, it makes sense for nonprofits to develop relationships with supporters and donors both as individuals and as members of a shared household – and to avoid assuming which member of a couple holds decision-making power. You already know that you’d steward donor segments differently, according to their data and interests; what this study reminds us is that it’s also important to avoid treating members of the same household as though they are identical.