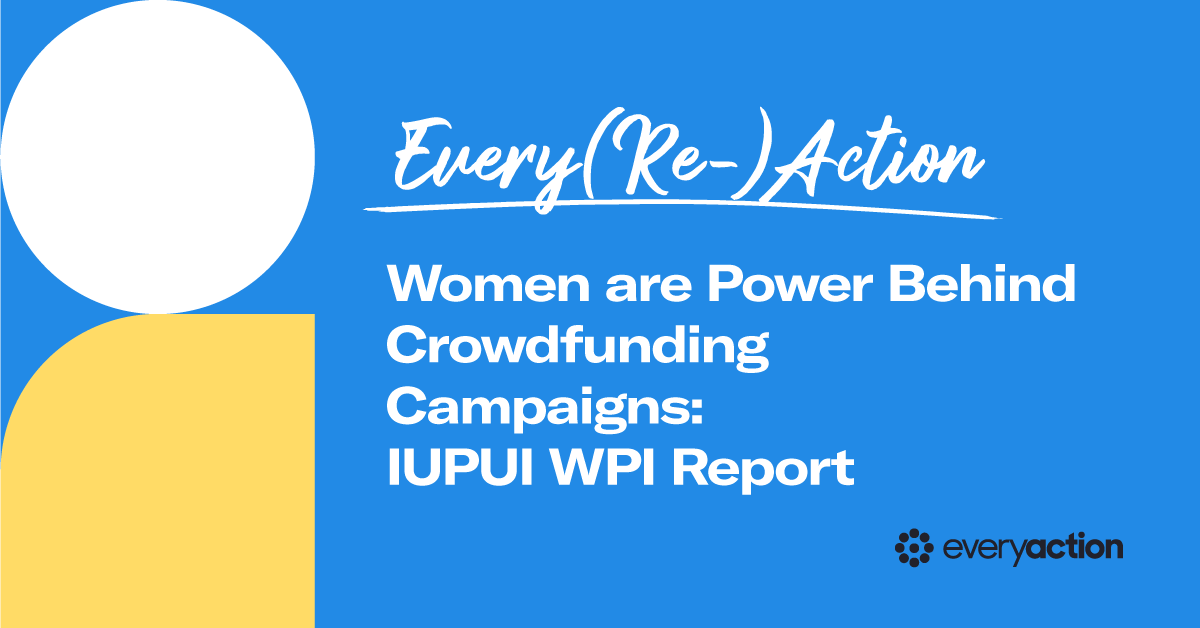 Crowdfunding, which “by one estimate[…] raised $34.4 billion globally in 2020,” receives significant power from women donors. A new report from the IUPUI Women’s Philanthropy Institute asked the question, “How does gender relate to making crowdfunding donations as a form of charitable giving?” The report’s key findings illuminate how and why women fuel crowdfunding campaigns—and may offer insight into women’s broader perspectives on generosity.

The report, which surveyed a weighted sample of 1,535 American adults, set this context in the introduction:

The COVID-19 pandemic and resulting economic uncertainty disproportionately affected women, resulting in what has been termed the “she-cession.” At the same time, health and economic woes drove a sharp increase in crowdfunding and social media fundraising campaigns for those facing job losses, unexpected medical bills, and more.

In an atmosphere of uncertainty and unprecedented need, this report focuses on women’s crowdfunding contributions as a key giving vehicle. Prior research has shown that, broadly speaking, women are more generous than men. Nontraditional forms of generosity such as crowdfunding also tend to appeal to women donors. This study focuses on the gender dynamics of crowdfunding donors.

Who is Giving through Crowdfunding?

The report’s further findings focus on these women donors’ demographics and rationale for giving.

The report found that compared to women who don’t give to crowdfunding campaigns, women crowdfunding donors tend to:

Disaggregating this data by race, the report found that “in a typical year, 33.3% of Black women contribute to a crowdfunding project, compared to 31.2% of Hispanic women and 30.2% of White women.” Additionally, when looking at specific generous behaviors, the report found that Black and Hispanic/Latina women are more likely than white women to give to people they know, give to strangers, and to volunteer — information which “seems to affirm other research indicating that Black women and other historically underrepresented groups tend to give and volunteer more informally rather than donating money or time to a registered charity.”

Like other forms of direct giving, crowdfunding isn’t going away anytime soon! Nonprofits can channel some of the appeal of crowdfunding by:

Download our complete Survey Report to see our full findings about the future of nonprofit fundraising and engagement, and talk to us to learn more about how your platform can support your range of fundraising goals.