Setting the Right Goal for Your Nonprofit’s P2P Fundraising Campaign 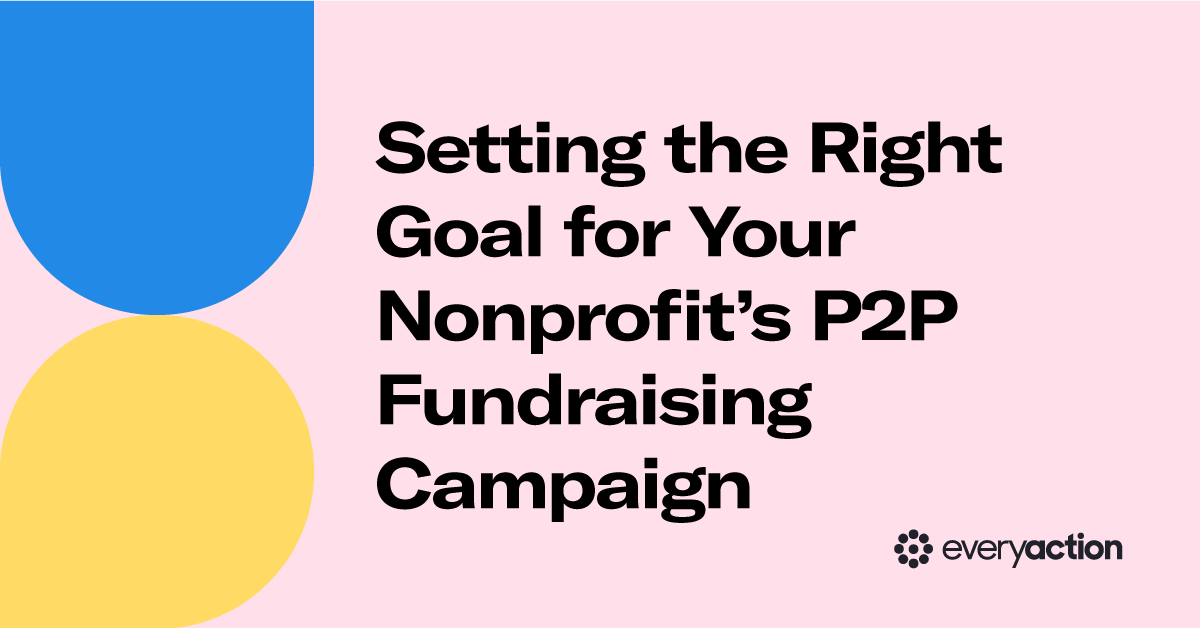 Peer-to-peer (P2P) fundraising can help your nonprofit diversify revenue streams and raise more for your mission. Setting a fundraising goal is an important first step in your campaign, but if this is your organization’s first P2P campaign, determining a realistic goal can be difficult — no one wants to set a P2P campaign goal that feels too easy or too difficult to achieve. We asked Corporate Giving Connection Director of Nonprofit Development, Brittany LaGanke, how she recommends nonprofits set their P2P goals. Here’s what she said.

Q: How do you set the right goal for your nonprofit’s P2P fundraising campaign?

A: You want to set a goal that’s challenging, exciting, and motivating, while also being attainable and realistic.

Although it’s tempting to shoot for the moon, you may want to avoid saying, “We’ve never done an online campaign before, but we’re going to raise $100,000 on this very first one.” That’s just not realistic for most people. At the end of your P2P campaign, you want to be able to celebrate a job well done with the supporters who helped you reach your goal. Ask yourself questions like, have we ever done peer-to-peer fundraising before? If we have, how much did that raise? If you’ve ever done crowdfunding or anything similar to it, any kind of online fundraising where you’re utilizing email and social media—what did those campaigns bring in?

Try breaking your numbers down in terms of how many fundraisers you think will actually be active. Maybe you have 100 fundraisers signed on to support your campaign, but you know that usually not all of them will bring in money — let’s say only half do. How much would each fundraiser need to raise in order for you to hit your goal? Does that seem realistic? Keep in mind who your fundraisers are as well: first-time fundraisers may not raise the same level as more experienced team members.

Be honest with yourself about all of those different aspects of goal-setting: how many fundraisers would you need, at what amount, to hit your target? How many donations? Take a look at your CRM, and ask, what’s the average gift amount we get, coming in online or through our website? What’s that average gift amount? How many gifts like that would we need to get to be able to hit that goal? Is that realistic?

And then, do you see money coming in outside of the fundraisers, or is it all going to be on their backs? It’s important to be very clear about this: will there be a match involved? Will there be corporate donations that go along with this? Are we starting with an amount from a grant?

Long story short, setting your P2P campaign goal is a process that will be specific and tailored to your organization, and it will depend on the history you have with your donors and your own clear internal expectations.

Watch our full webinar with Corporate Giving Connection on peer-to-peer fundraising, or talk to us to learn more about how your platform can help you expand into new programs and channels, like P2P, to raise more money and advance your mission.