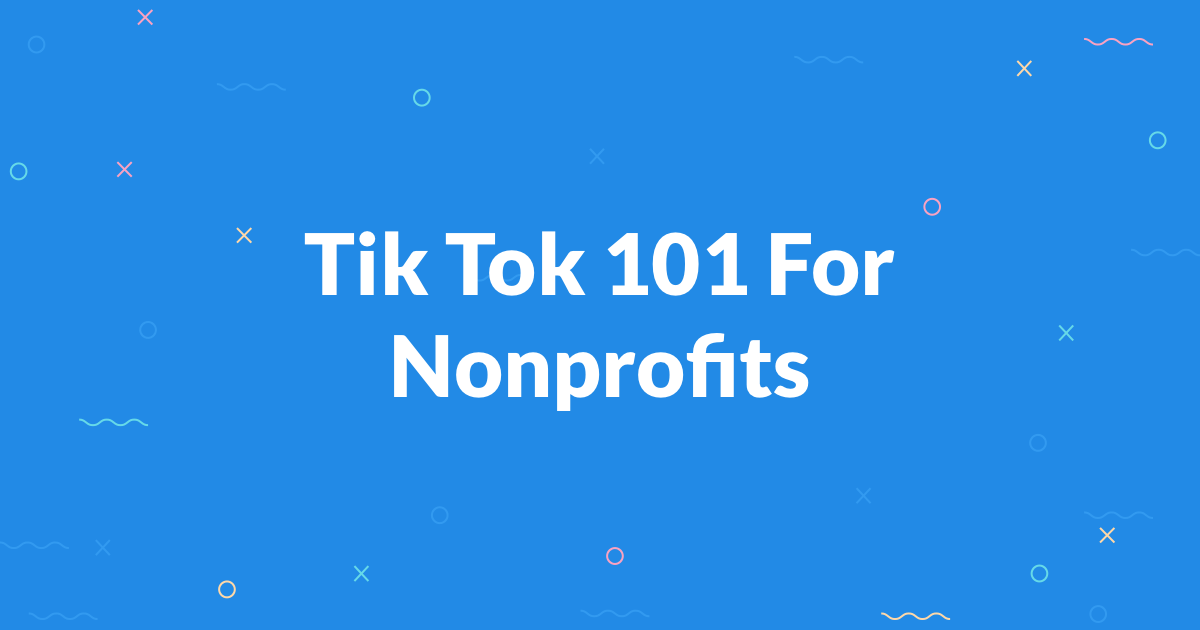 This past holiday season, you might have heard your younger relatives talking about the new, video-based social network, TikTok. Depending on your age, you might hear the name, and think of a catchy 2009 tune by pop artist Kesha or simply the sound that hands on a clock make. These days, it’s neither of those things; it’s a mobile app primarily popular among Gen Z, and a powerful platform to engage with younger audiences and integrate into your overall omni-channel marketing campaign. (If you’re still trying to figure what’s hip among these social segments, check out our nonprofit guide to millennials and Gen Z).

What is Tik Tok?

TikTok is a video-sharing social network developed by ByteDance. Originally known as Musical.ly, ByteDance acquired the sensational lip-synching, karaoke-esque app and rebranded it to TikTok in 2017. It’s quickly become a widely used social app with over a billion downloads and two-thirds of its user base under the age of 30. For any nonprofit targeting the younger demographic, it’s an application worth understanding.

This is it where it all began. When TikTok was Musical.ly, it was mainly used as a way for its users to express themselves through singing and dancing. Today, the “sounds” used on TikTok go beyond songs, including audio material from popular media like comedy skits, films, or even other popular TikTok clips. Users take a sound and record a video to match it, often using unexpected scenarios for comedic effect.

This is an integral part of the TikTok experience. With duet videos, users respond to an existing video and add to it. This adds an additional layer of humor by extending the fun in often clever and unexpected ways.

In the age of viral media, hashtag challenges have surfaced to the top of the internet’s attention. In these hashtag challenges, one user creates a unique challenge, along with its own unique hashtag, to get other people to get them to do their own take. Nonprofits can come up with their own creative challenge and hashtag to rally supporters behind their cause.

For instance, Jimmy Fallon started the #TumbleweedChallenge, which has garnered a lot of participation.

So what do you do?

For most of its users, TikTok a way to pass time. You can endlessly scroll through the app to find creators making lip-synching videos, quick comedy clips, educational content, dancing, doing challenges, and responding to one another. If you’re looking to build a presence TikTok, but not feeling tech-savvy or creative, it might be worth looking into collaborating with these clever content creators, especially if they share your values.

There are endless possibilities for nonprofits on TikTok, for example, the Caenhill Countryside Centre, a charity that works with schoolchildren and young people to educate them on farming, animals, and the countryside, has gone viral by making Tik Tok videos. Girls Who Code partnered with TikTok to empower girls and to support one another using #MarchForSisterhood. The United Nation’s International Fund for Agricultural Development launched #danceforchange to encourage people to empower young people in Africa and other developing countries by using user-submitted videos as a virtual petition to increase investment in sustainable agriculture.

These are only three examples of what’s possible. What will you make? Tell us by making your first video explaining three easy steps a person can take to help support your cause and use #EveryActionCounts!

Looking for more insight into the new tech that nonprofits should be aware of in 2020? Download our complete guide to this year’s digital trends!