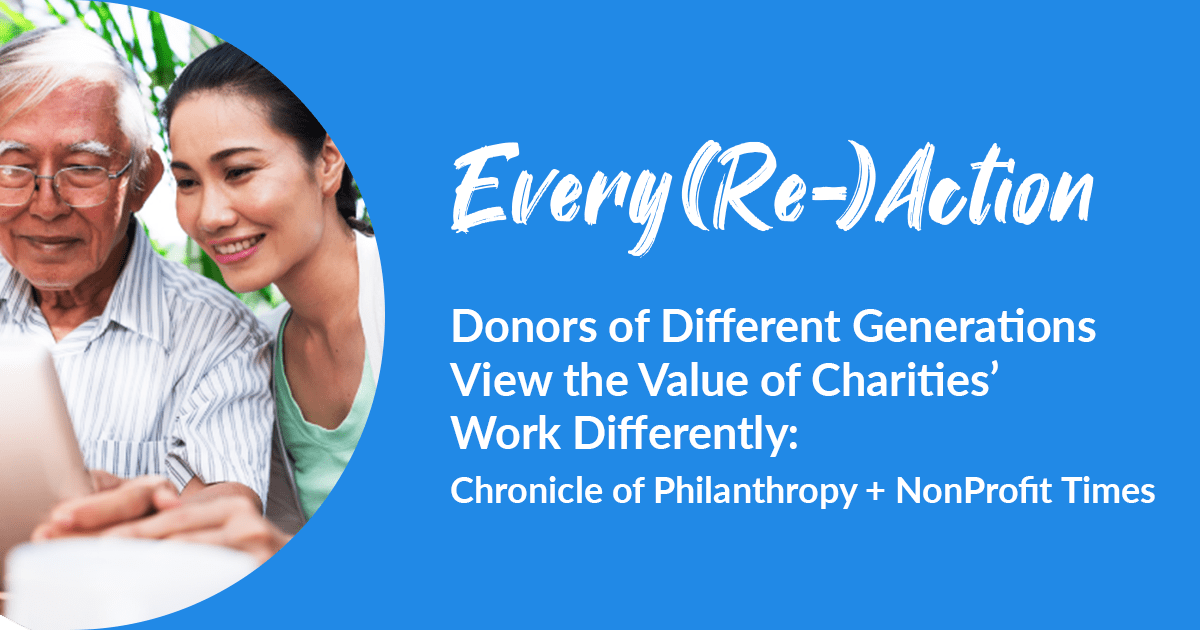 Both the NonProfit Times and the Chronicle of Philanthropy agree: the BBB Wise Giving Alliance’s findings in their latest Special Report mean nonprofits who want to build donor trust and deepen those relationships will need to re-evaluate how they’re communicating their impact in order to earn trust with different generations of givers.

The study was conducted with the goal of “adding to the charitable sector’s understanding of individual donor perceptions related to charity impact,” because “given that the term ‘charity impact’ has momentum but is also fluid and unspecific[… the report sought to] explore how the donating public understands the term.”

NonProfit Times emphasized the study’s finding that “charity impact” is a term currently without a universal definition: “almost half of American adults surveyed (47%) are unclear about what that phrase means. The remaining 53% of respondents who claimed they know what a charity means when talking about “impact” varied, depending on their generation.”

The Chronicle reported the generational breakdown this way:

Among members of Generation Z, a 40 percent plurality defined “charity impact” as “organizations reaching defined goals.” Among their older, millennial peers, the most common definition was “how efficient the organization was in its spending,” with 27 percent responding so. Among Generation X, 23 percent defined it as reaching defined goals. And among “matures” (people born before 1945) and baby boomers, “quality of programs” was the most popular definition, selected by 26 percent and 24 percent, respectively.

Other findings from the study included:

One strong strategy to build donor trust and communicate your organization’s impact is through transparency and careful compliance with charity regulations. Another strong strategy? Segmenting donors and targeting those segments differently by what you know about them. When you can target your donors efficiently and message each segment differently about your impact, you can align your strategy with fundraising’s north star: the right message, to the right person, in the right channel, at the right time.

Want to learn more about how to use segmentation for better fundraising? Learn how stable segments can help you meet your goals, and discover how to craft supporter-specific communications that resonate with your different segments. 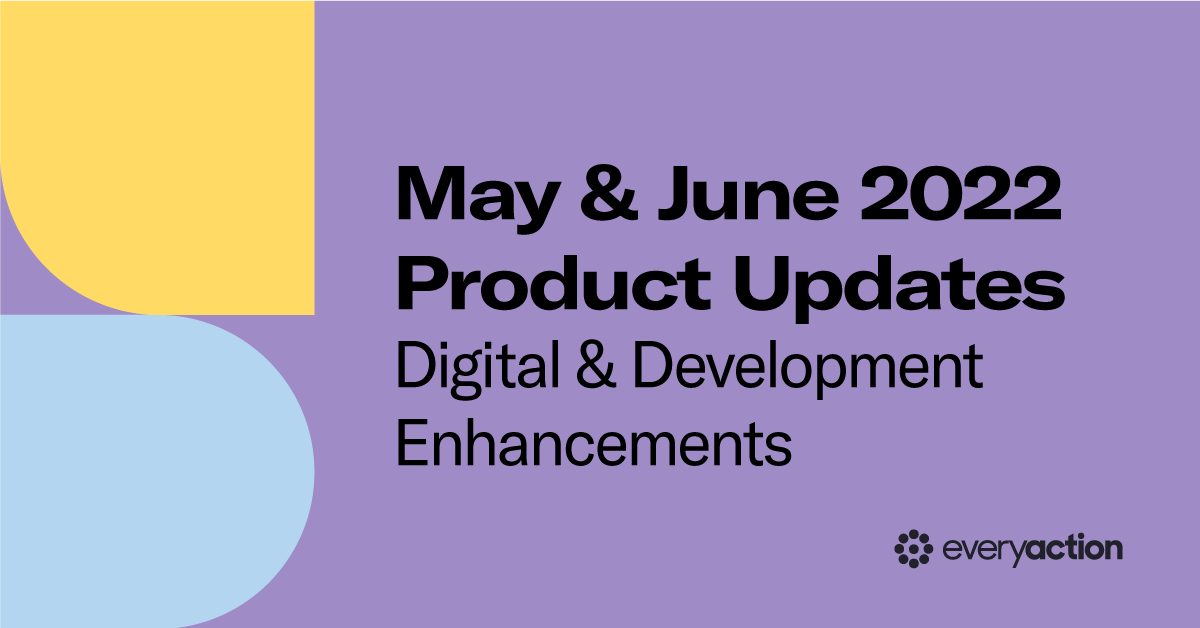 May & June 2022 Product Updates: Digital & Development
In this blog, learn more about EveryAction’s latest product updates—including the release of a…
Read more 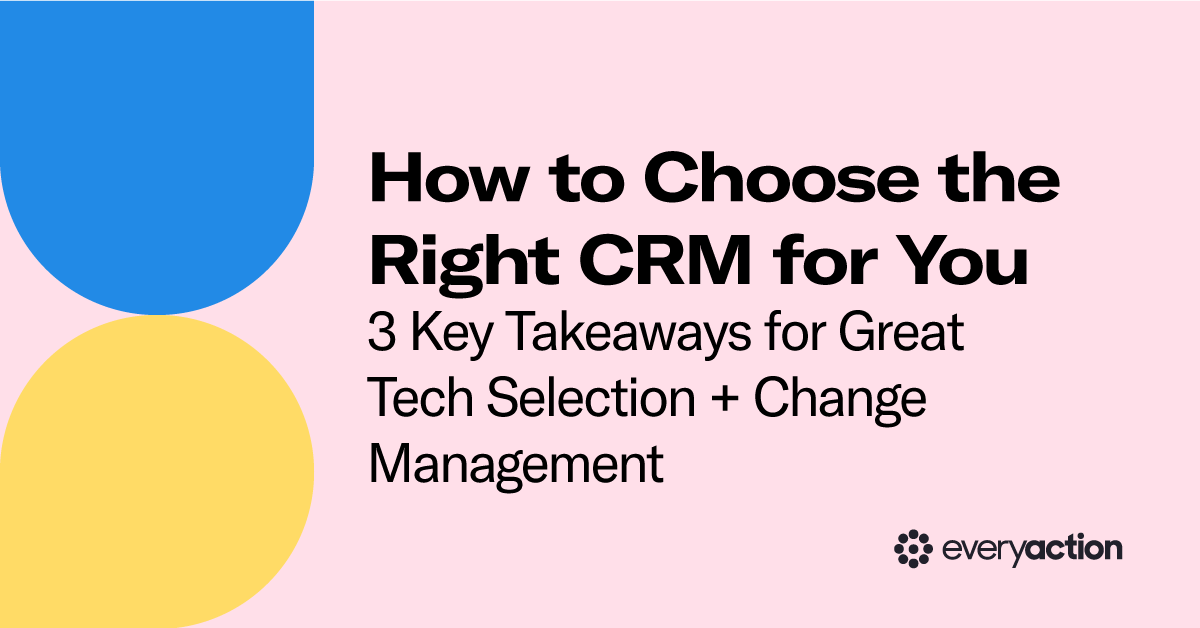 3 Key Takeaways from How to Choose the Right CRM for You
“How do I choose the right CRM for my organization?” is a big question—these…
Read more 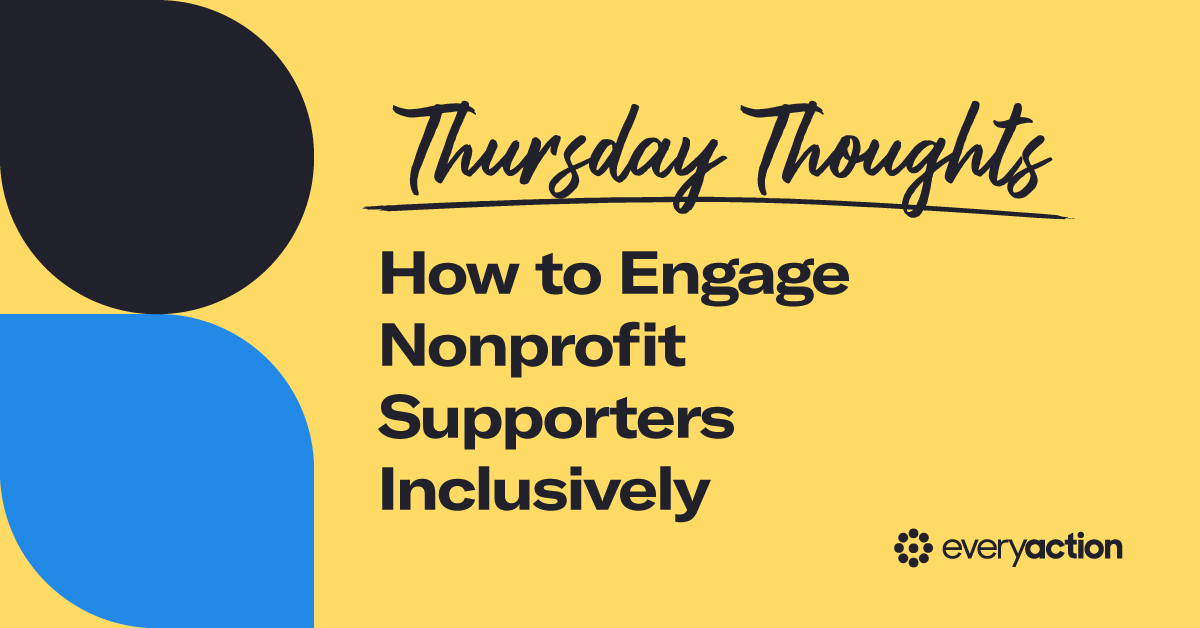 Thursday Thoughts | Engaging Supporters Inclusively
What are some techniques and tactics organizations can use to make their supporter engagement…
Read more
We use cookies on our website to give you the most relevant experience by remembering your preferences and repeat visits. By clicking “Accept”, you consent to the use of ALL the cookies. However you may visit Cookie Settings to provide a controlled consent.
Cookie settingsAccept
Manage consent