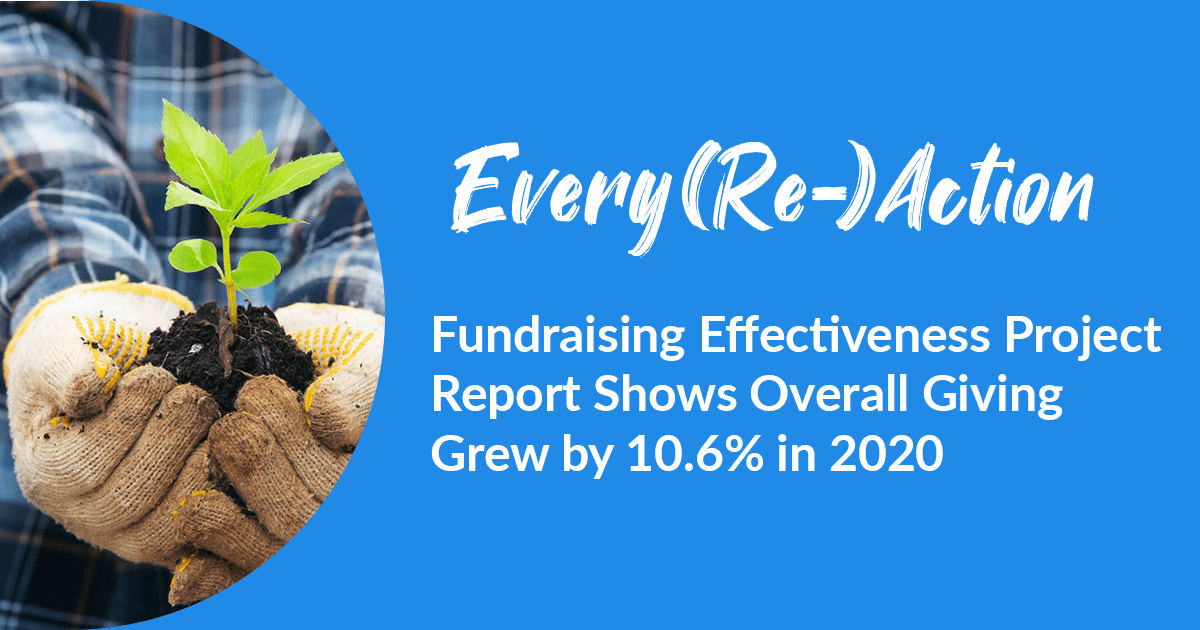 The Fundraising Effectiveness Project (FEP) in early March released a report documenting a 10.6 percent boost in giving for 2020, as compared to 2019. According to Ben Miller, vice chair of the FEP and Chief Analyst at DonorTrends, a division of EveryAction, the report reflects nonprofit organizations of a specific size range: those who in 2019 collected between $100K and $10 million in gifts.

This overall climb in giving aligns with what we know about other segments of 2020 giving: foundations, corporations, and a small handful of individuals donated billions last year, largely prompted by the simultaneous crises of the COVID-19 pandemic, uprisings for racial justice, and natural disasters.

Miller noted that the report’s numbers do not reflect the entire nonprofit sector, as these gains did not materialize for many smaller organizations who were reliant on events, ticket sales, face to face projects, or whose missions were unrelated to the emergencies. Organizations that were able to pivot from their traditional fundraising and did not stop fundraising altogether were best positioned to weather the storm in 2020.

EveryAction clients, many of whom responded to these catastrophes, saw an increase in donors of nearly 20 percent in 2020.

“EveryAction clients saw an average increase of 55 percent in new donors from June to August. This highlights just some of the impact that social justice movements had in 2020,” said Miller.

Interestingly, the FEP’s report documented an increase in giving by small-dollar donors at a greater rate than larger donors. Some of the highlights include:

Despite these documented leaps in giving for 2020, many nonprofits are now wondering about giving patterns moving forward. The FEP noted that while 2020 saw an overall increase in giving, that year’s donor retention rate dropped by 4.1 percent. Other statistics about the donor population in 2020 included:

The overall number of donors grew by 7.3 percent over 2019.
New donors were up by 18.5 percent.
Last year saw a nearly 14 percent increase in recaptured donors, or those whose last gift was two or more years ago.

Many nonprofits already know effective retention is the key to cost-effective fundraising, but it’s important to recognize that there’s really no one-size-fits-all retention plan nonprofits can apply equally to every single supporter. What’s more effective is to develop multi-channel, targeted stewarding and retention strategies for different donor audiences, based on all the information you already have about your supporters. Plans that are data-driven and tailored to donors can empower fundraisers to send the right messages, to the right people, via the right channels, at the right time – which leads to better retention.