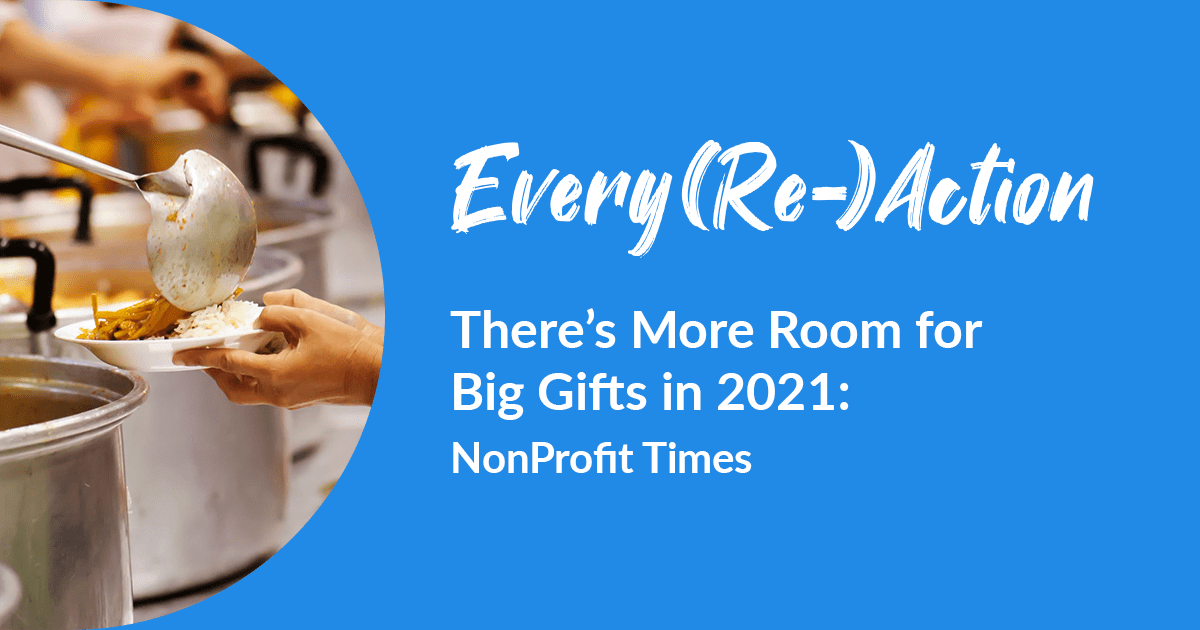 Knowing that major donors had given generously in 2020, many nonprofits began this year questioning whether that pattern would continue as we entered 2021. The NonProfit Times has reported that a new study from Atlanta-based fundraising consultant agency Westfall Gold predicts nonprofits can continue to unlock major gifts this year—and that those gifts could range in size from $20,000 to six figures.

Like many nonprofits do, the NonProfit Times says the report sorted major donors into categories according to their giving level:

Recommendations for how nonprofits can take action based on those findings included:

Our Take:
Nonprofits who want to diversify their revenue streams to include more major donors will need the ability to predict which donors are good candidates for major giving, plus the ability to predict the best times to ask them for a bigger commitment—in other words, you need intelligence you can act on. Organizations also need a foundation of reliable, unified, real-time data, otherwise you risk acting on inaccurate predictions. Seeing every bit of your supporter data in one place can help you make your goals a reality.