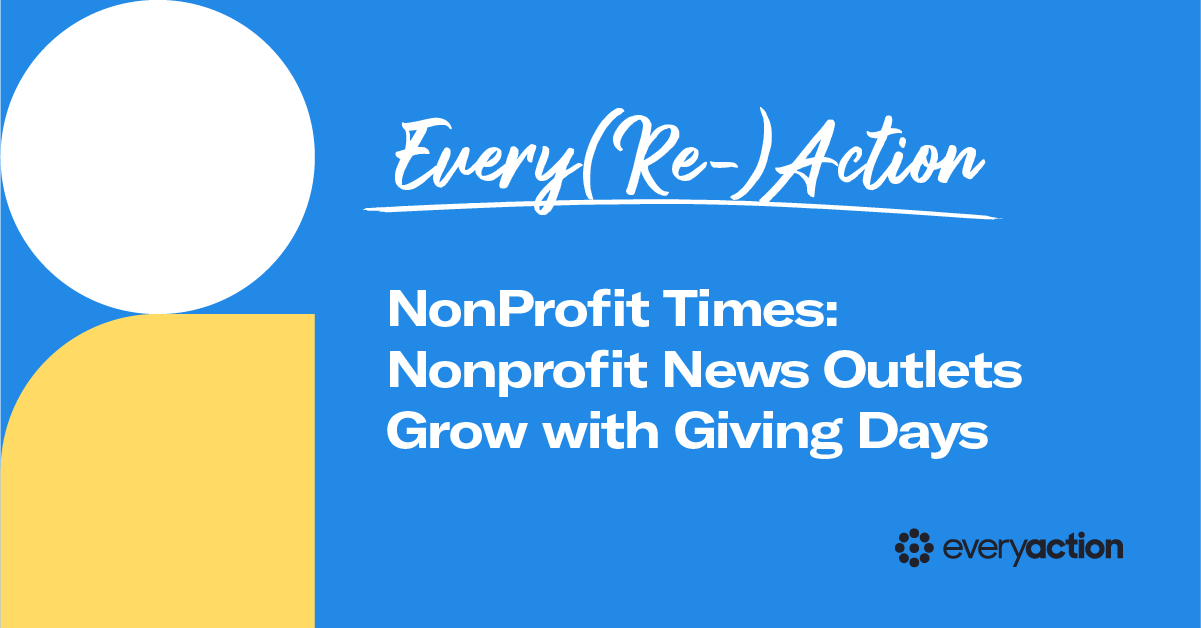 The NonProfit Times has reported that according to the Institute for Nonprofit News’ recently-released 2021 index, nonprofit news outlets and media is a rapidly growing space. When it comes to funding that rapid growth, we’re proud that the Los Angeles, CA-based INN helps their more than 200 member newsrooms to fundraise with support from EveryAction’s Giving Day division, GiveGab.

“Nonprofits rose to the challenge to meet the most intense news year in a generation,” proclaims the INN’s index. 2020 “generated the fastest growth in nonprofit news media since the financial crisis of 2008.” According to INN:

NonProfit Times points out that this massive growth in nonprofit news outlets was accompanied by “growth across the board in individual giving at all levels, including more first-time donors than ever before.”

NewsMatch is an incredible two-month-long campaign creating awareness around nonprofit newsrooms operating throughout the United States. From November 1 through December 31, members of the Institute for Nonprofit News (INN) can encourage their supporters to give back through the NewsMatch site so that their donations can be amplified through matching funds provided by a coalition of funders. Through this site, participating newsrooms are able to create their own unique profiles to share their stories and solicit support for their campaigns. Since the first NewsMatch in 2016, over $100 million has been raised to jumpstart emerging newsrooms and support independent media outlets that produce fact-based, nonpartisan news and information.

The results in 2020 were significant. INN reports that “newsletter appeals drove the vast majority of small- dollar contributions to [Searchlight New Mexico,] particularly during its annual end-of-year giving campaign that coincides with NewsMatch. About 80 percent of contributions came in during the end of year campaign.”

INN’s report concluded that for nonprofit news outlets, “this is a springboard moment[… and] there is great urgency to expand this work.” We couldn’t agree more, and we’re proud that our Giving Day division can empower organizations like INN to raise more for their important missions.

With support from a platform designed to help nonprofits advance their missions and build community around their cause, organizations can raise more funds, more efficiently. Talk to us to learn more.